God Has a Plan for World Peace! 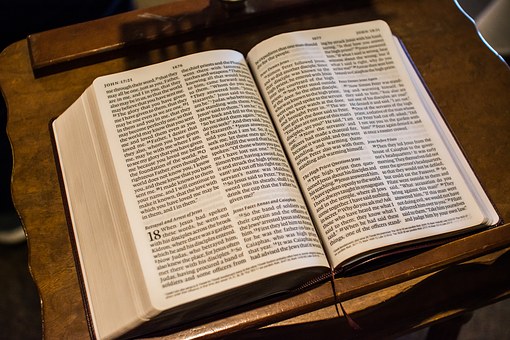 This plan is outlined in a book. God is sending His Son to rule the earth and there will be peace on earth. Thus it was announced at His birth, “Glory to God in the highest, And on earth peace, goodwill toward men!” [Luke 2:14] “For unto us a Child is born, Unto us a Son is given; And the government will be upon His shoulder. And His name will be called Wonderful, Counselor, Mighty God, Everlasting Father, Prince of Peace.” [Isaiah 9:6] “He shall judge between the nations, And rebuke many people; They shall beat their swords into plowshares, And their spears into pruning hooks; Nation shall not lift up sword against nation, Neither shall they learn war anymore.” (Isaiah 2:4)

God’s Son came to earth as a man. He lived a life without sin. He never hurt a soul. In fact, He healed many who were sick and even raised some that were dead. He comforted the poor and the oppressed. He gave hope to all. He willingly offered His life as a sacrifice for sin, that all mankind might be restored to right relationship with God their Creator.

Yes, it was humankind, in their sin and rebellion that chose to alienate themselves from God and the life that is in Him. And it is sin that causes war. It was sin and hatred that led a group of fanatics to kill thousands of innocent victims on Sept. 11, 2001. Unfortunately, those fanatics are not alone. There are thousands, if not millions of Muslims around the globe who share the same unjustified hatred (they will not be able to stand before God, Allah and justify themselves) and they are organized into terrorist groups which are dedicated to repeating the sinful acts witnessed by the world on 9/11.

A unilateral decision not to fight did not prevent a madman like Hitler from murdering millions of innocents. In fact, those who sought to appease only prolonged and exacerbated the problem. It ended up costing the lives of thousands of brave young Americans who willingly died that people in foreign lands might live free from oppression.

Sin causes violence and war. The world is full of people who choose to steal, murder and rape. Could you imagine what would happen if we all chose to no longer fight such people and did away with all policemen?  As a man attacks you to rape you, do you think that he would stop if you told him that you were peaceful and didn’t want to hurt him?  Thank God, that there are police around to prevent such things and to imprison such people so that they won’t be able to hurt others.

In this age, God offers man the opportunity to reconcile with Him through the sacrifice of His own Son. We all have rebelled against Him; we’ve all sinned. God grants us free will, that we might choose to love Him and our fellow man. Without such freedom, there can be no love. So, in this age humankind is free to sin and there will be wars until the Prince of Peace comes to stop all wars. Until that day, we will need police and armies lest we all fall victim to the Hitlers and Husseins.

Jesus will return to earth one day to establish His government. That is why He taught His disciples to pray, “thy kingdom come, thy will be done, on earth…” That is why the political powers of His day wanted Him dead. Unfortunately, He will have to destroy those who will violently oppose Him, though He offers the only real hope for everlasting peace. That is why He said, “Do not think that I came to bring peace on earth. I did not come to bring peace but a sword.” [Matthew 10:34] Peace was His mission, but He, knowing the sin that dwells in humans, knew that peace would not come without a struggle. Peace only comes after war destroys those who do not want peace! People will never stop fighting until the only righteous King comes to rule! “Now I saw heaven opened, and behold, a white horse. And He who sat on him was called Faithful and True, and in righteousness He judges and makes war.His eyes were like a flame of fire, and on His head were many crowns. He had a name written that no one knew except Himself.He was clothed with a robe dipped in blood, and His name is called The Word of God.And the armies in heaven, clothed in fine linen, white and clean, followed Him on white horses. Now out of His mouth goes a sharp sword, that with it He should strike the nations. And He Himself will rule them with a rod of iron. He Himself treads the winepress of the fierceness and wrath of Almighty God.And He has on His robe and on His thigh a name written: KING OF KINGS AND LORD OF LORDS.” [Revelation 19:11-16]

“Then the seventh angel sounded: And there were loud voices in heaven, saying, ‘The kingdoms of this world have become the kingdoms of our Lord and of His Christ, and He shall reign forever and ever!’” [Revelation 11:15]

2 thoughts on “God Has a Plan for World Peace!”