THE SECOND COMING OF CHRIST

The return of Christ is one of most written about subjects in the entire Bible; it is the main message of God’s word. Christ is coming to rule and reign; to take back His creation. The Bible reveals how to be saved from the judgment to come and be a member of God’s kingdom. This is what Jesus Christ had to say regarding His return to this world:

“But in those days, after that tribulation, ‘the sun will be darkened, and the moon will not give its light; the stars of heaven will fall from the sky, and the powers in the heavens will be shaken.’ “At that time men will see the Son of Man coming in clouds with great power and glory. And he will send his angels and gather his elect from the four winds, from the ends of the earth to the ends of the heavens…. “No one knows about that day or hour, not even the angels in heaven, nor the Son, but only the Father. Be on guard! Be alert! You do not know when that time will come. … What I say to you, I say to everyone: ‘Watch!’” Mark 13:24-37

There are some questions about Christ’s return that have interested people throughout the ages: how and when will He return?

How will He come? What will it be like?

This scripture says He will come in the clouds and in glory, not quietly like a babe, and not secretly as some teach. “At that time men will see the Son of Man coming in clouds with great power and glory.”

The Bible says He will come with fire. This speaks of divine judgment upon those who have rejected His rule. He will judge those who refuse His offer of forgiveness.

“God is just: He will pay back trouble to those who trouble you and give relief to you who are troubled, and to us as well. This will happen when the Lord Jesus is revealed from heaven in blazing fire with his powerful angels.” 1Thessalonians 1:6-7

When will He return?

Jesus said that no one knows the day or the hour, but there will be some signs. What Jesus revealed was not intended to gratify the curiosity of men. Why was He deliberately evasive? He wants us to live by faith. If everyone knew exactly when He was coming back, most would wait until the last second to get right with God. He wants us to always be prepared for His coming. He said His second coming would be like the days of Noah. In other words, things would be occurring normally. People would not be expecting it

Some people think that because Jesus has waited thousands of years to return, that He was not who He said He is and is not coming back. The Bible warns about this deception:

First of all, you must understand that in the last days scoffers will come, scoffing and following their own evil desires. They will say, “Where is this ‘coming’ he promised? Ever since our fathers died, everything goes on as it has since the beginning of creation.” But do not forget this one thing, dear friends: With the Lord a day is like a thousand years, and a thousand years are like a day. The Lord is not slow in keeping his promise, as some understand slowness. He is patient with you, not wanting anyone to perish, but everyone to come to repentance. 2Peter 3:3-11

SO WHAT SHOULD OUR ATTITUDE BE?

We should be eagerly waiting, looking for His return. We should be ready; spiritually prepared and in right relationship with Him.

So then, dear friends, since you are looking forward to this, make every effort to be found spotless, blameless and at peace with him. 2Peter 3:14 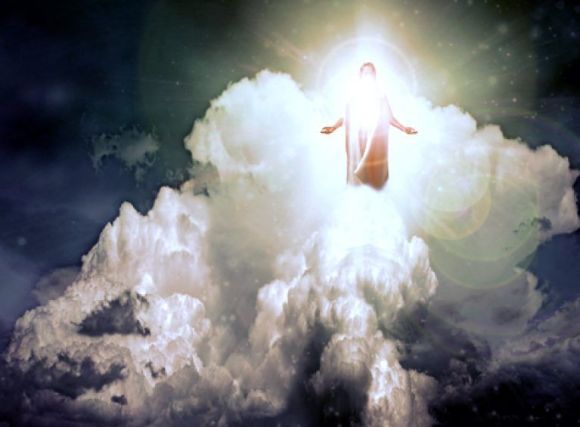